auslog6 November 1, 2020, 5:22am #1
Successful session at San Antonio results in several silly selfies!
I hit Lake San Antonio in my kayak with a couple friends. The lake is still very low (4% capacity). It's been under 6% since September 2013, at least. Only hand launch boats have been able to launch.

I carpooled down from Marina with my buddy Pablito and arrived at the crack of 10 on Saturday morning. Everybody was OTW already and I heard some nice fish were caught...
So I proceeded to troll around the entire lake while enjoying a few cheladas. It was downright warm. No shirt weather, as evidenced by the "shirtless pale guy convention" that followed (I won haha).
I haven't been OTW much since having surgery in October, and was off the water since July...which is some kinda horrible record for me. Then my first 2 trips this year resulted in skunks...they were only short mellow trips to the Salinas river, but a skunk is a skunk. So it felt great to be back OTW. But I threw the kitchen sink at 'em and was still skunking out (rapalas, swimbaits, a-rigs, bucktails, spoons).

After fishing all day, it was time to start the BBQ and make a fire. The actual campground is about 3 miles from the shoreline because the water level is so low. But that's too far from the water, so we said Fu&$ Yo Couch and setup shop on an old bridge that was exposed by the extremely low water...it's probably been underwater for 50 years! We didn't defile it too bad though. After some research, it's a remnant of the former Rancho Pleyto...cool history there. http://en.wikipedia.org/wiki/Rancho_Pleyto

Best part of the night for me was paddling out to the floating bathroom at midnight to take a dump because the campground was too far...with portable Christmas lights strung up my rods haha!

On Sunday morning everybody got up early to fish. I got out around 8 and started trolling towards the dam where I assumed everybody else went. There was a really thick layer of fog and vis was only about 300ft. About 5 minutes into my session, I hookup up on a jointed shad rap that was on a lonnng setback with my medium-action rod. While fighting it, my other rod went bendo (Yumbrella a-rig)...HOT DAMN!!! I got a friggen double! The a-rig was on a heavy rod w/50lb braid so I left it in the rodholder while trying to fight the first fish and avoid tangling as they spun my yak around, with me hollaring like that redneck Jimmy Houston WOOOO SON! hahahaha
I ended up losing the second fish but landed the first and it felt awesome! Major rush of fishdrenaline.
After that fish, anything else would be icing on the cake because I was stoked. But as luck would have it, I ended up catching another striper, 2 largemouth and a 35" carp. The striper & bass were all caught on the exact same lure JSR5. But I caught the carp on a 1/32oz crappie jig with 4lb test! It was an epic fight and I actually hooked it inside its mouth...compared to all the other carp that I briefly snagged on accident while trolling. Back on shore by 1030 to pack up my gear and chill with the crew.
Mission completed.

Here's some pics! I had to use my phone because mama had the real camera. But I still got a few decent shots. 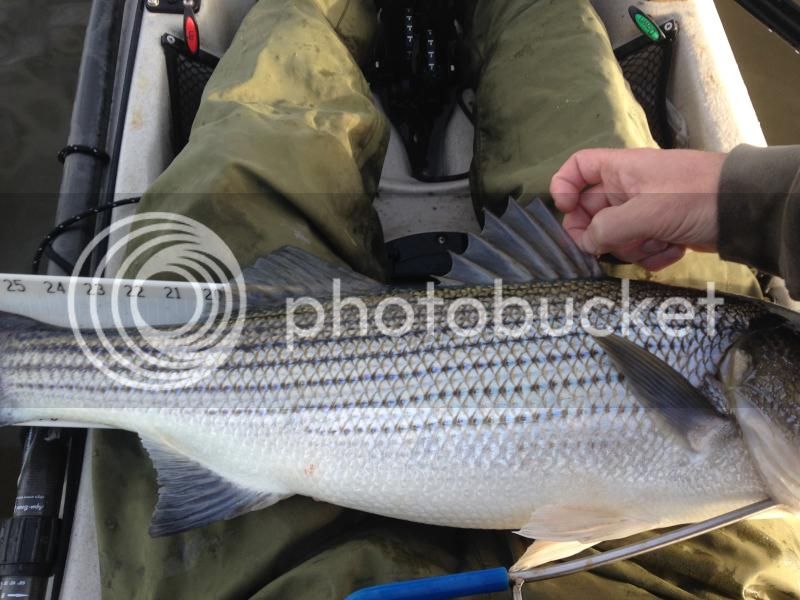 Kept this chunky 13lber, glory shot back on shore haha... 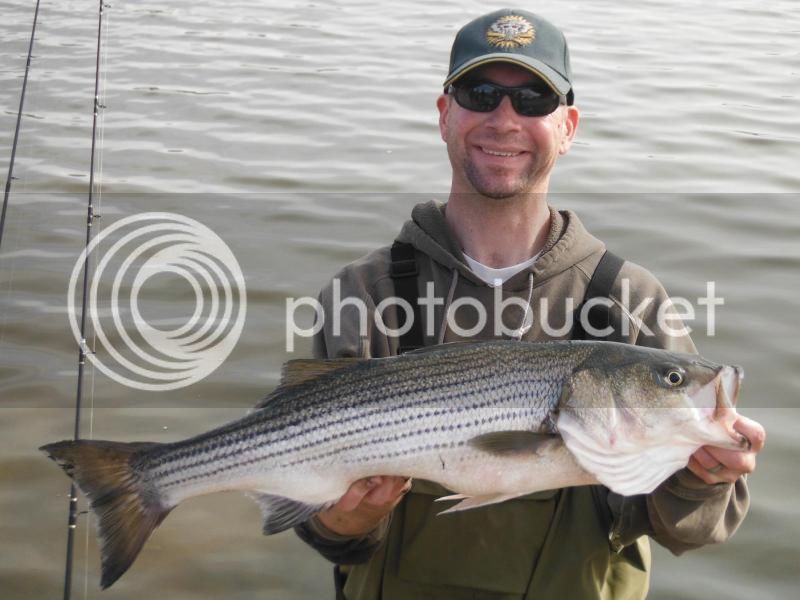 .
psykpsyk November 1, 2020, 5:22am #3
Nice catches! With the water so low, you think the fish were huddled together in one area? Floating bathrooms really? Never heard of those before.

Btw...is that a slim jim I see in the side pocket?

. You couldn't just run like 100 feet from camp, dig a hole and poop? Seems like paddling out to take a dump seems troublesome and not to mention, difficult while on a kayak?